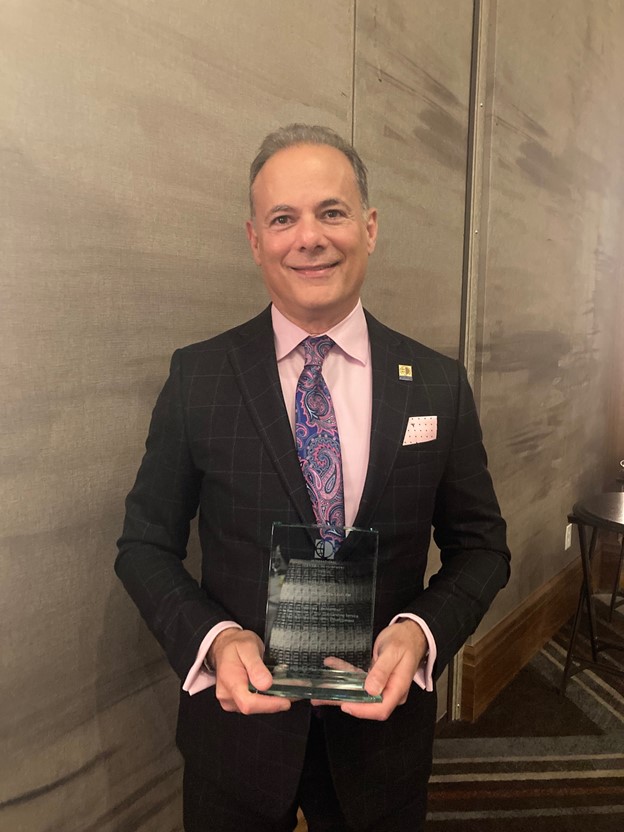 This award recognizes Sternlicht for furthering the profession of economic development as well as being a teacher and inspiration to others in the field.

“I am extremely honored to be named an Honorary Life Member by IEDC,” Sternlicht said. “With the evolution of the profession of economic development away from exclusivity and incentives for already wealthy companies to a creative force for building prosperity and generational wealth across all communities, particularly focusing on the needs of marginalized communities, I am prouder and more optimistic than ever to be a part of it.”

Sternlicht is an attorney and certified economic developer and has served as the CEO of EDASC since July 2015.

His “start” in economic development was gradual, he says. First, in 1986-1990 as an attorney with a multinational law firm’s Raleigh, N.C., office, Sternlicht accompanied the governor and state and local economic developers on European missions to visit companies with operations in North Carolina and spoke with French, Swiss and German companies in their native languages. In 1990 Sternlicht moved to Virginia and began serving as assistant attorney general for commerce and trade, where he soon started representing the Department of Economic Development.

With the creation of the Virginia Economic Development Partnership (VEDP), he became the first general counsel and policy & legislation director for the new entity. In that capacity he led Virginia to be the first state in the nation to require discretionary incentives to be backed up by an enforceable legal agreement protecting the state in the event of non-performance by the company receiving the incentives. This practice, and the structure of VEDP, both became models for other states, and Sternlicht spoke and wrote frequently on the topic.

Sternlicht went back to the private sector in 2007 to become the senior director of strategic projects for SRI International, a leading nonprofit research institute. After moving to Seattle in 2013, he served as economic development policy adviser to the King County executive before coming to EDASC.

Under Sternlicht’s leadership, EDASC has focused on business retention and expansion, attraction, and capacity building. Sternlicht’s local, regional and state leadership in Washington has emphasized the importance of childcare, housing, public health and workforce training as well as diversity, equity and inclusion, and sustainability as critical elements of economic development. EDASC’s immediate response to the pandemic was to serve as an information center for small businesses and to assist them in obtaining resources to survive. The organization created Skagit County’s post-pandemic economic recovery plan, which was adopted this year.

Sternlicht has also led efforts to establish a Tourism Promotion Area to launch the Skagit Tourism Bureau (he currently serves as Board Chair) and is currently facilitating the Skagit Housing Consortium. In addition, he serves on the board of directors for the Skagit Valley College Foundation, the Skagit Population Health Trust, the Innovation Partnership Zone for Value-Added Agriculture, the Anacortes Arts Festival, Washington Economic Development Association, the Washington State University – Everett Advisory Council, and the Northwest Workforce Council. Within IEDC, Sternlicht served on the board of directors for three terms, and he was awarded the Fellow Member designation in 2017 for significant contributions to the economic development profession.