Canada is an important and vital economic partner for Skagit County. 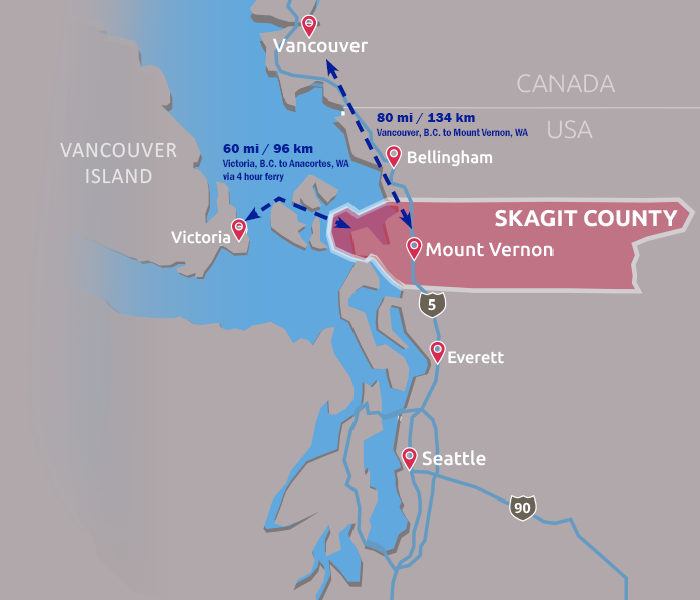 Canadian trade and investment support thousands of Skagit County jobs.  Hundreds of thousands of people travel through Skagit County each year on route between Canada and the United States—both along the I-5 corridor, and via the Washington State ferry between Anacortes and Sidney, British Columbia—contributing millions of dollars to the county’s retail and visitor industries.  The ties are not just economic; many Skagit County residents have deep personal and family connections with Canada and British Columbia in particular.

Skagit County offers a strategic, competitive, and friendly location for Canadian businesses and investors looking to expand their operations into the United States.  In Skagit County, Canadian businesses enjoy lower tax rates, lower land costs, and far less traffic congestion than in other locations in the Greater Seattle region.  All major Skagit County communities are located within an hour of the U.S.-Canada border by car.  Skagit County’s primary industrial areas—Bayview Ridge/Port of Skagit, Mount Vernon, Burlington, and Sedro-Woolley—are an approximately 45 minute drive from Boeing’s Everett facilities, and 1 hour from Seattle.