Opportunity Zones are an economic development tool designed to spur economic development and job creation in distressed communities by providing tax benefits to investors.  Localities qualify as Opportunity Zones if they have been nominated for that designation by the state and that nomination has been certified by the Secretary of the U.S. Treasury via his delegation authority to the Internal Revenue Service. 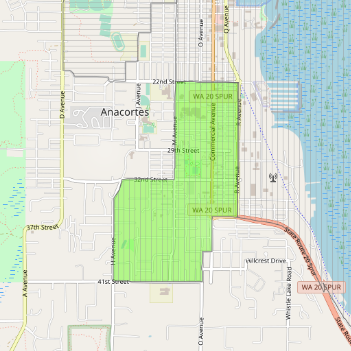 Anacortes:  The Opportunity Zone in Anacortes, nominated by the Samish Indian Nation, incorporates much of southern Commercial Avenue and the neighborhoods north of Mt. Erie Elementary School.  This area includes a mix of residential neighborhoods, Island Hospital, and commercial establishments, as well as the Samish Indian Nation’s tribal headquarters.  The Samish Indian Nation, City of Anacortes, and EDASC hope that the Opportunity Zone designation will bring more affordable housing options for low-income residents, as well as new commercial opportunities.  The selection of this tract will compliment Samish community and economic development efforts

“The Samish Indian Nation is excited for the possible private-sector investment opportunities that this designation will open up within our community.  With limited space and the restrictions of living on an island, this designation will help create incentives to help our region. We are thankful and excited to be a part of this opportunity and to support the community we live in.” -- Chairman Tom Wooten, Samish Indian Nation

“This is an incentive to help attract investment to Anacortes, and we appreciate the Samish Nation identifying this tract to be an opportunity zone.” -- Mayor Laurie Gere, City of Anacortes

Mount Vernon:  Downtown Mount Vernon and the western end of College Way make up three census tracts designated as Opportunity Zones. These incorporate most of Mount Vernon’s commercial area including the historic downtown, as well as part of Skagit Valley Hospital.

“These new zone designations, coupled with the relief provided by our floodwall project, have Mount Vernon poised for some very exciting growth opportunities. We are already seeing increased interest from investors.” -- Mayor Jill Boudreau, City of Mount Vernon 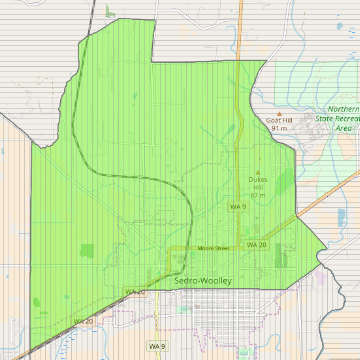 Sedro-Woolley:  This zone includes much of the commercial and industrial areas of Sedro-Woolley, as well as areas that would benefit from further development of affordable housing.

Sedro-Woolley Mayor Julia Johnson characterized the Opportunity Zone designation as “an incentive to provide our community the ability to pursue with flexibility the best possible mix of investments in business, infrastructure, housing, and more.”

EDASC welcomes inquiries from potential investors interested in learning more about Skagit County’s Opportunity Zones.  The Washington State Department of Commerce will share technical guidelines and advice from the Internal Revenue Service as they become available.

*Note:  All maps above are screen captures taken from the Washington State Department of Commerce’s website