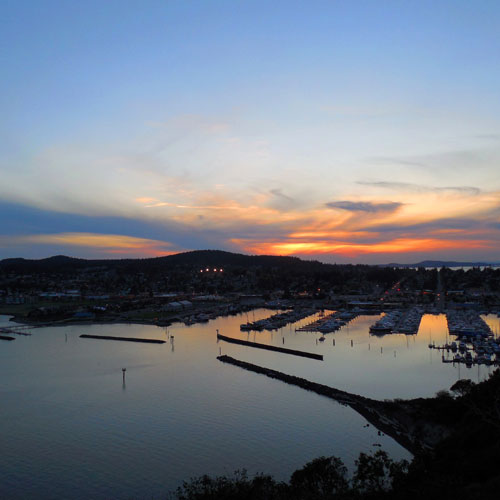 LAVLE USA, Inc., a joint venture of Japanese battery company 3DOM and Anacortes-based Ockerman Automation, announced on October 17 the establishment in June 2018 of its headquarters in Anacortes.  LAVLE combines advanced energy storage technologies from 3DOM with the world-leading marine engineering, design, and systems integration services of Ockerman Automation, offering products and services to the defense, renewable energy, and marine transportation industries.  The company’s establishment comes at a time of accelerating trends towards electrification in the global marine transportation industry, with the goals of increasing efficiencies while reducing costs and environmental impacts.

In LAVLE’s press release, CEO Dr. Jason Nye said that “We chose to headquarter LAVLE in Anacortes not only because of its rich maritime history and status as a maritime center of excellence, but also because the San Juan Islands are representative of the pristine natural environment LAVLE wants to sustain.”  Nye further cited Washington State’s efforts to accelerate innovation in the maritime and clean energy sectors as another factor in the company’s location decision.

LAVLE additionally announced a significant capital investment into the company from 3DOM and other Japanese partners, representing one of the largest private financings of a Washington-based company so far in 2018.  Collaboration between Washington State and Japan in electrification of marine vessels is a significant focus area of recent memoranda of cooperation signed between Washington State and the Government of Japan, and between Washington Governor Jay Inslee and the Japan Bank for International Cooperation, the latter of which Dr. Nye supported and served as an inspiration for establishing LAVLE.

EDASC is excited to welcome LAVLE to Skagit County and as a new EDASC Investor, and has been working to support LAVLE as the company explores opportunities to expand its operations here.  LAVLE’s arrival further strengthens the innovative marine manufacturing cluster in Anacortes and Skagit County, a priority focus of EDASC’s economic development activities.  EDASC is working actively with local and state partners to grow this sector, including through the development with the City and Port of Anacortes of a comprehensive maritime industry strategy, to be released later this year, and through partnership with the state’s Washington Maritime Blue initiative, for which Anacortes Mayor Laurie Gere serves on Governor Inslee’s Maritime Innovation Advisory Council.