Workforce shortages impacting Skagit businesses, and how we can help 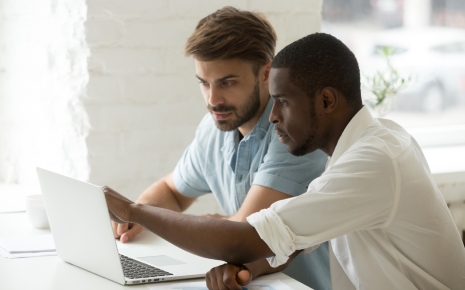 As Skagit County businesses have reopened, workforce shortages have forced businesses to limit their hours and service offerings despite high consumer demand. For example, Brenda Schmidt, the general manager of Calico Cupboard told the Seattle Times that they want to be fully staffed (they had 120 employees pre-pandemic), but that they currently only have 90 people working between their Anacortes, La Conner and Mount Vernon locations. Being short staffed during the Tulip Festival resulted in managers picking up shifts -- something that’s unsustainable during the summer tourism season.

The retail and food & beverage industries have been disproportionately affected by the pandemic but they are not the only ones facing workforce shortages. Skagit County’s manufacturing sector has almost recovered to pre-pandemic levels, but they, like others, have job openings they cannot fill. EDASC CEO John Sternlicht, told GoSkagit that many manufacturers were able to adapt to pandemic safety requirements and some have grown.

From restaurants to healthcare providers and manufacturers, businesses across Skagit County have many positions to fill.

Women have dropped out of the workforce in record numbers, especially mothers. Many women have had to leave their job to stay home and care for young children unable to go to daycare or return to school full time. “Unlike the Great Recession of 2008 which disproportionately affected male workers, especially those with limited skills, (the pandemic) has disproportionately impacted female workers, especially those with children,” Sternlicht said. Affordable childcare solutions would make it easier for these women to get back to work.

Washington state has approximately 300,000 collecting unemployment benefits, and the hospitality industry is one of the industries that has been severely impacted. Anthony Anton, President and CEO of the Washington Hospitality Association, said in a podcast, “We are still missing two-thirds of the workforce we need to get back to normal.” He explained that one-third of the hospitality workforce are on Unemployment Insurance.

3. Labor laws for teens can be too strict

According to Brenda Schmidt, their restaurant has had a lot of applications from 17- and 18-year-olds. “A challenge with hiring teens is that labor restrictions prohibit them from operating certain equipment”, she told the Seattle Times. “Your run-of-the-mill local adult, we’re not seeing those coming in looking for work,” Schmidt said. In some instances, labor laws may be too strict for teens and could be worth reviewing.

EDASC has recently launched the Skagit Job Board, enabling all EDASC Investors to publish unlimited job openings at no cost. These jobs are also promoted through EDASC’s website and communications channels. Companies like Paccar Technical Center in Mount Vernon, Swinomish Casino & Lodge and PeaceHealth United General Medical Center are utilizing this tool to promote their job openings and attract applicants.

The Career Connect Skagit Summit is an example of the collaboration happening around workforce development and recruitment. Created by EDASC, Skagit STEM Network, Career Connect Washington and Northwest Washington STEM, this event will improve understanding of the workforce needs and education pipeline, build engagement among industry, and celebrate our impactful partnerships. Business owners, hiring managers, community organizers, student service organizations, educators, libraries and anyone interested in career connected learning should attend. Register here to attend this Zoom event June 30 from noon to 1 p.m.

Many businesses have increased their hourly wage to attract workers. Restaurants like Magnolia Grill in Sedro-Woolley have increased pay by a “few dollars an hour” and reduced their menu offerings, owner Connie Weech told the Seattle Times. “I can’t afford to offer a lot,” she said. “We are still new, still within four years [of opening]. I haven’t made a profit. I’m hanging on by the skin of my teeth financially.”

EDASC is here to help

Our organization is here to support Skagit County businesses. We invite you to utilize our no-cost Skagit Job Board and to contact us for information, tools and assistance with your recruiting needs. 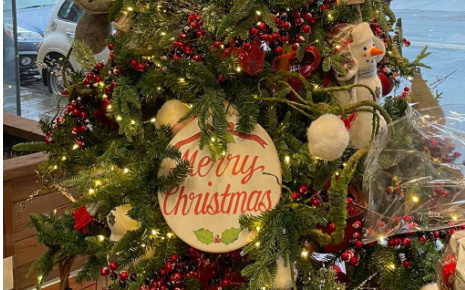